Peter A. Bamberger (PhD Cornell University) is Professor of Organizational Behavior and Human Resource Management at the Coller School of Management, Tel Aviv University, and Senior Research Scholar at the School of Industrial and Labor Relations, Cornell University, where he serves as Research Director for the School's Smithers Institute. Current research interests include peer relations and employee helping processes, occupational health psychology, and compensation strategy. Co-author of Human Resource Strategy (Sage, 2000; Routledge, 2014), Mutual Aid and Union Renewal (Cornell Univ. Press, 2001), and Retirement and the Hidden Epidemic: The Complex Link Between Aging, Work Disengagement, and Substance Misuse and What To Do About It (Oxford Univ. Press, 2014), Bamberger has published over 90 referred journal articles in such journals as Academy of Management Journal, Administrative Science Quarterly, Academy of Management Review, and Journal of Applied Psychology. An elected fellow of SIOP, he served as an associate editor of the Academy of Management Journal (2007-2010) and founding associate editor of Academy of Management Discoveries (2012-2017), and serves on the editorial board of several other leading journals. His interests outside academia include his family (wife Ellen and three kids - Zach, Sarah and Noa), hiking, and skiing. 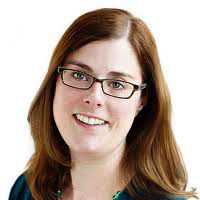 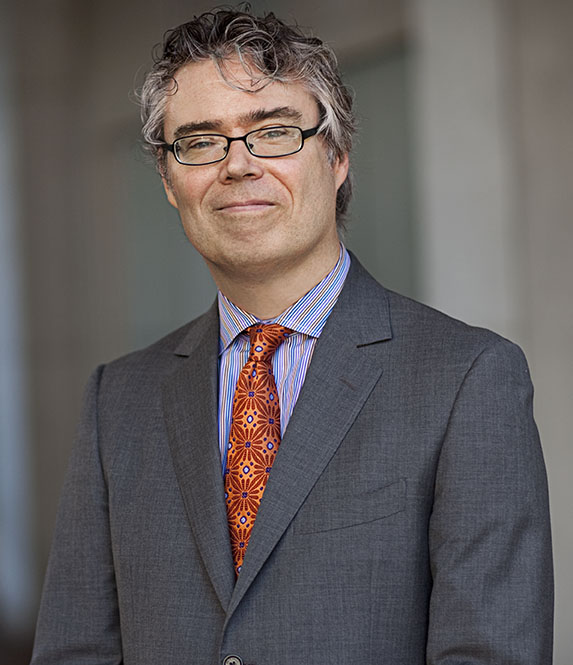 Paul Ingram is the Kravis Professor Business at the Columbia Business School, and Faculty Director of the Columbia Advanced Management Program, Columbia's flagship residential program for senior executives from around the globe. His PhD is from Cornell University, and he was on the faculty of Carnegie Mellon University before coming to Columbia. He has held visiting professorships at Tel Aviv University, Shanghai Jiao Tong University and the University of Toronto. The courses he teaches on management and strategy benefit from his research on organizations in the United States, Canada, Israel, Scotland, China, Korea and Australia. His research has been published in more than sixty articles, book chapters and books. Ingram's current research examines the intersection between culture and social networks. Recent papers investigate questions such as the role of value similarity to foster business networks, determinants and outcomes of individuals' fit in organizational cultures, and influences on ethical decision making. He has served as President of the College of Organization Science of the Institute for Operations Research and Management Science (INFORMS). He is currently an Associate Editor for Academy of Management Discoveries, and has served as a consulting editor for the American Journal of Sociology, a senior editor for Organization Science, an Associate Editor for Management Science and on the editorial boards of Administrative Science Quarterly and Strategic Organization. Paul's undergraduate degree is from Brock University where received the Governor General's Award as the top graduating student. In 2004 he received the Distinguished Graduate Award from Brock's Faculty of Business. At the Columbia Business School, Paul has received the Dean's Award for Teaching Excellence, won the Commitment to Excellence Award, voted by graduating EMBA students four times, and thrice been chosen by graduating EMBA students to deliver the keynote speech at their commencement ceremony. He has consulted on issues of organizational design and strategy to leading companies in the finance, health care, insurance, energy, and consumer products industries. Paul was born in Canada to immigrant parents. He is an alumnus of the proletariat, and the first in his family to attend college. 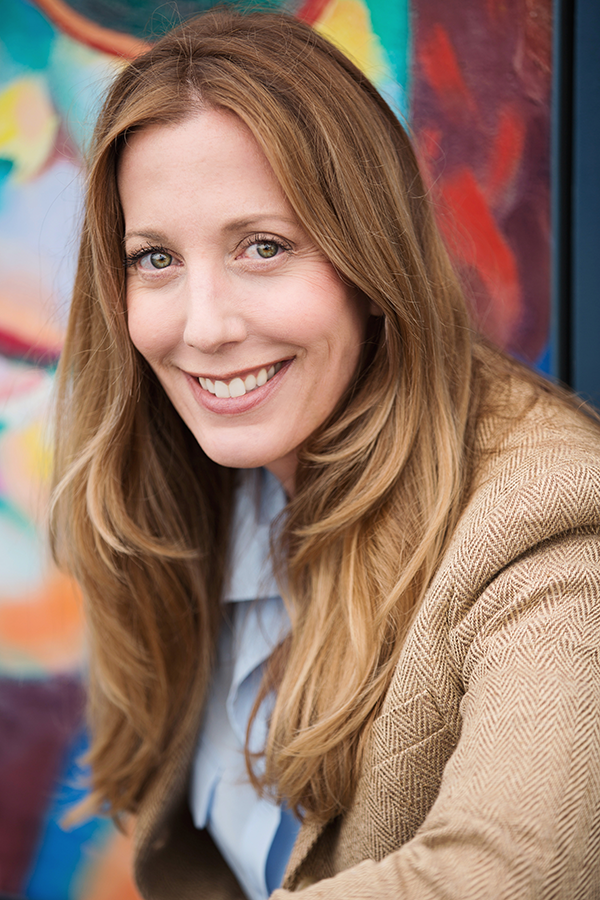 Jennifer S. Mueller is an Associate Professor of Management at the University of San Diego. She has her PhD in Social and Developmental Psychology from Brandeis University and studies creativity, leadership and teams. Her work reveals the implicit beliefs (e.g., stereotypes, cultural narratives, and lay scripts) that harm effective collaboration, assessments of leadership potential, and the recognition of creative ideas. Jennifer has published many articles in top journals including: Academy of Management Journal, Academy of Management Discoveries, Management Science, Administrative Science Quarterly, Journal of Applied Psychology, Organizational Behavior and Human Decision Processes, Personality and Social Psychology Bulletin, Journal of Experimental Social Psychology and Psychological Science. She is currently on the editorial boards of Organization Science, Journal of Applied Psychology as well as Organizational Behavior and Human Decision Processes. Jennifer's work has been featured in many major media outlets including WSJ, New York Magazine, NPR, CNN, HBR, the Atlantic, Fortune, Forbes, and Fast Company. She recently published a book Creative Change: Why We Resist It…How We Can Embrace It, which was selected as one of Forbes Top 17 Creative Leadership Book Picks for 2017. She previously served on the faculty of the Wharton School, University of Pennsylvania. A native Californian, Jennifer enjoys living near family, daily walks on the beach, mountain-biking, and fussing over her dachshund Sammy. 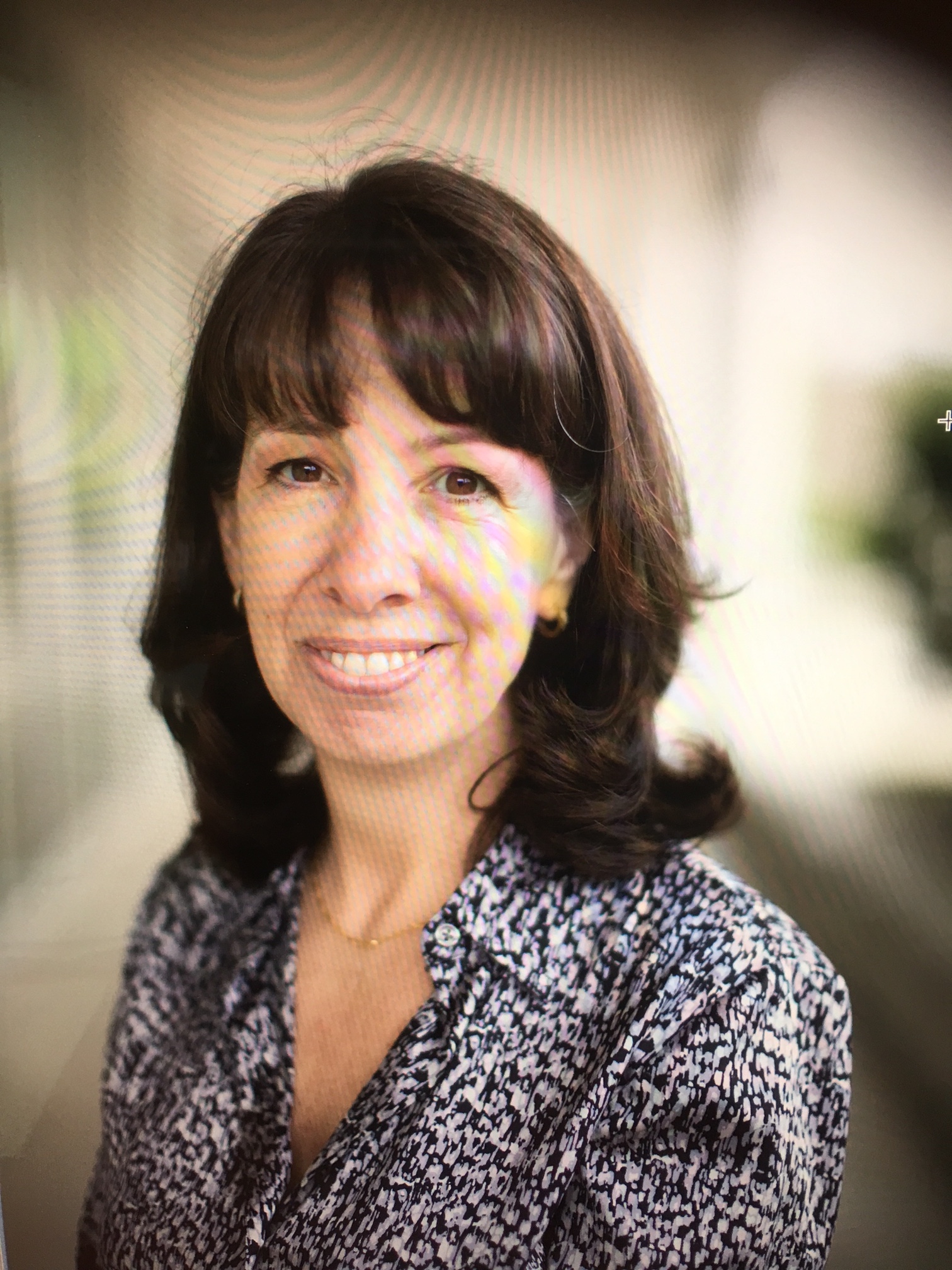 Sandra Robinson (PhD Northwestern) is a Professor and Distinguished University Scholar in the Sauder School of Business at the University of British Columbia, where she has served as chair of the tenure and promotion committee and is the upcoming Director of the PhD Program.

Sandra is known for her research on the 'darkside' of organization behavior, and has had a keen interest in introducing and developing new focal areas of study under this umbrella. Her work has been some of the earliest in the areas of psychological contract breach and trust betrayal, workplace deviance, territorial behavior and workplace ostracism. She has published in a wide range of well regarded journals, such as Academy of Management Journal, Academy of Management Review, Administrative Science Quarterly and Journal of Applied Psychology, and her work has been covered in numerous popular press outlets, such as the Wall Street Journal, The Economist and CNN.

When not working, Sandra enjoys traveling, most outdoor activities (even in the Vancouver rain), and spending time with her family (husband Ron, daughter Lexi, and her three standard poodles named Wally, Stanley, and Fred). 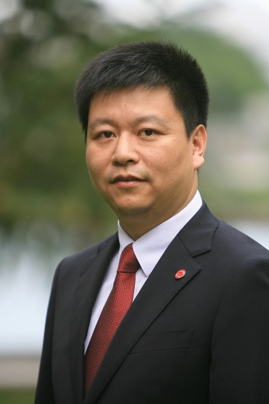 Junqi (Jason) Shi is a professor of Organizational Behavior and Human Resource Management in the Lingnan (University) College at Sun Yat-sen University, Guangzhou, China. He received his PhD in Industrial–organizational Psychology from Peking University. His current research interests include leadership, work stress, occupational health psychology, and emotional labor. Awards and Honors includes: Chang Jiang Scholars (Ministry of Education, People's Republic of China); The National Science Fund for Distinguished Young Scholars(National Science Fund of China); Program for New Century Excellent Talents in University (Ministry of Education, People's Republic of China). Dr. Shi has published over 50 referred journal articles in such journals as Academy of Management Journal, Journal of Applied Psychology, Annual Review of Psychology, and Personnel Psychology. He served as an associate editor of Work, Aging, and Retirement (2015-present), and serves on the editorial board of Journal of Applied Psychology. 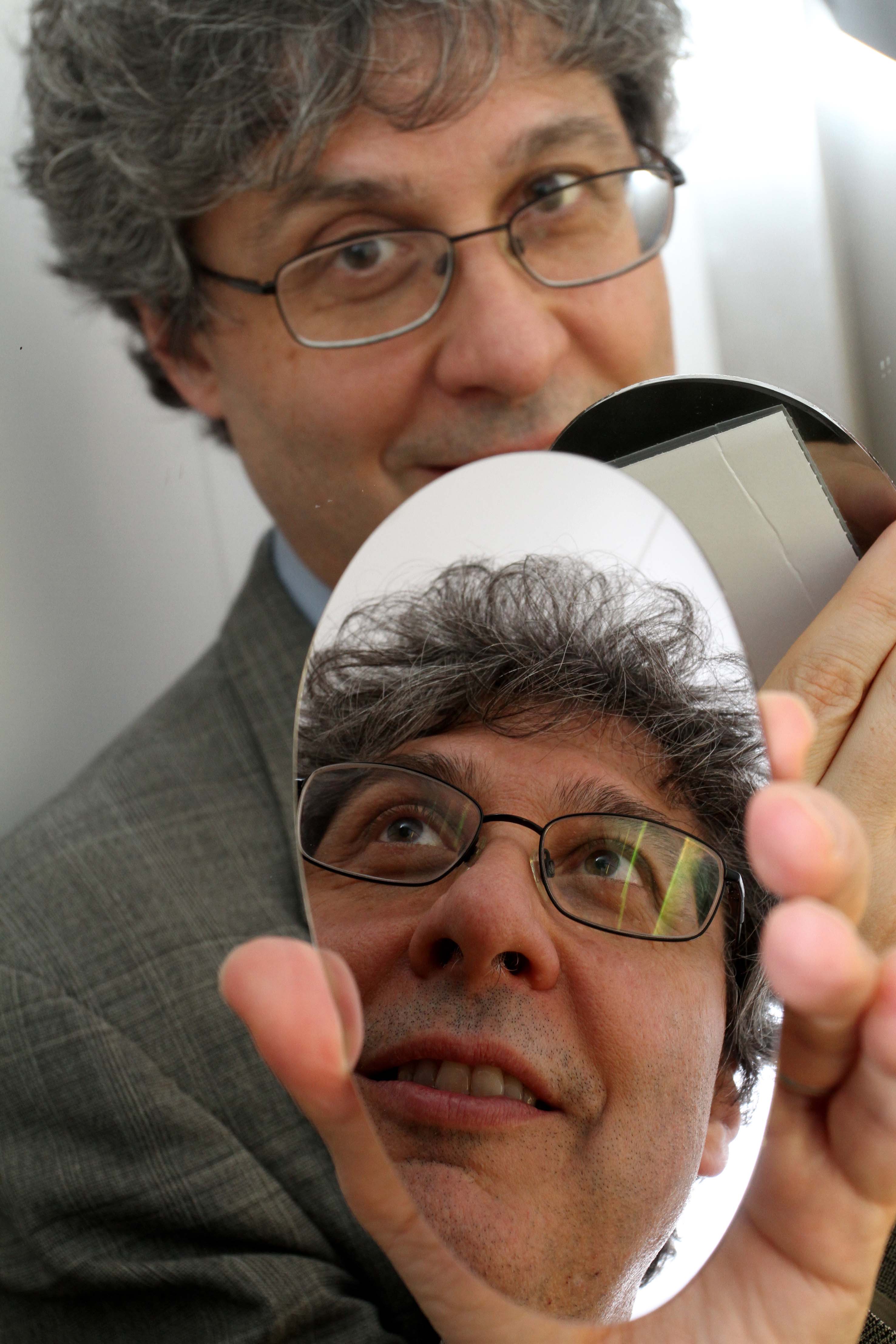 Christopher L. Tucci is Dean of the College of Management of Technology at the Ecole Polytechnique Fédérale de Lausanne (EPFL), where he holds the Chair in Corporate Strategy & Innovation. He received the degrees of PhD in Management from the Sloan School of Management, MIT; SM (Technology & Policy) from MIT; and BS (Mathematical Sciences), AB (Music), and MS (Computer Science) from Stanford University. Before returning for his PhD, he was an industrial computer scientist involved in developing Internet protocols and applying artificial intelligence tools to solve industrial problems. Professor Tucci joined EPFL in 2003 where he teaches courses in Technology and Innovation Management (TIM), Information Technology Strategy, and Research Methods. His primary areas of interest are business models, open innovation, crowdsourcing, and dynamic capabilities. He is also studying how the popularization of the Internet affects firms in different industries. He has published articles in, among others, Academy of Management Review, Strategic Management Journal, Management Science, Research Policy, Communications of the ACM, Strategic Entrepreneurship Journal, Academy of Management Annals, and Journal of Product Innovation Management. His 2012 article with Allan Afuah, "Crowdsourcing as Solution to Distant Search," won the Best Paper of 2012 for AMR.He was the TIM Department Editor for the IEEE Transactions on Engineering Management and was on the Editorial Board of Organization Science. In 2004, he was elected to the five-year division leadership track of the Academy of Management's (AOM) TIM Division. In 2010, he was elected to the leadership track of the SMS' Strategy & Entrepreneurship Interest Group. In 2013, he was elected to the AOM's Board of Governors. 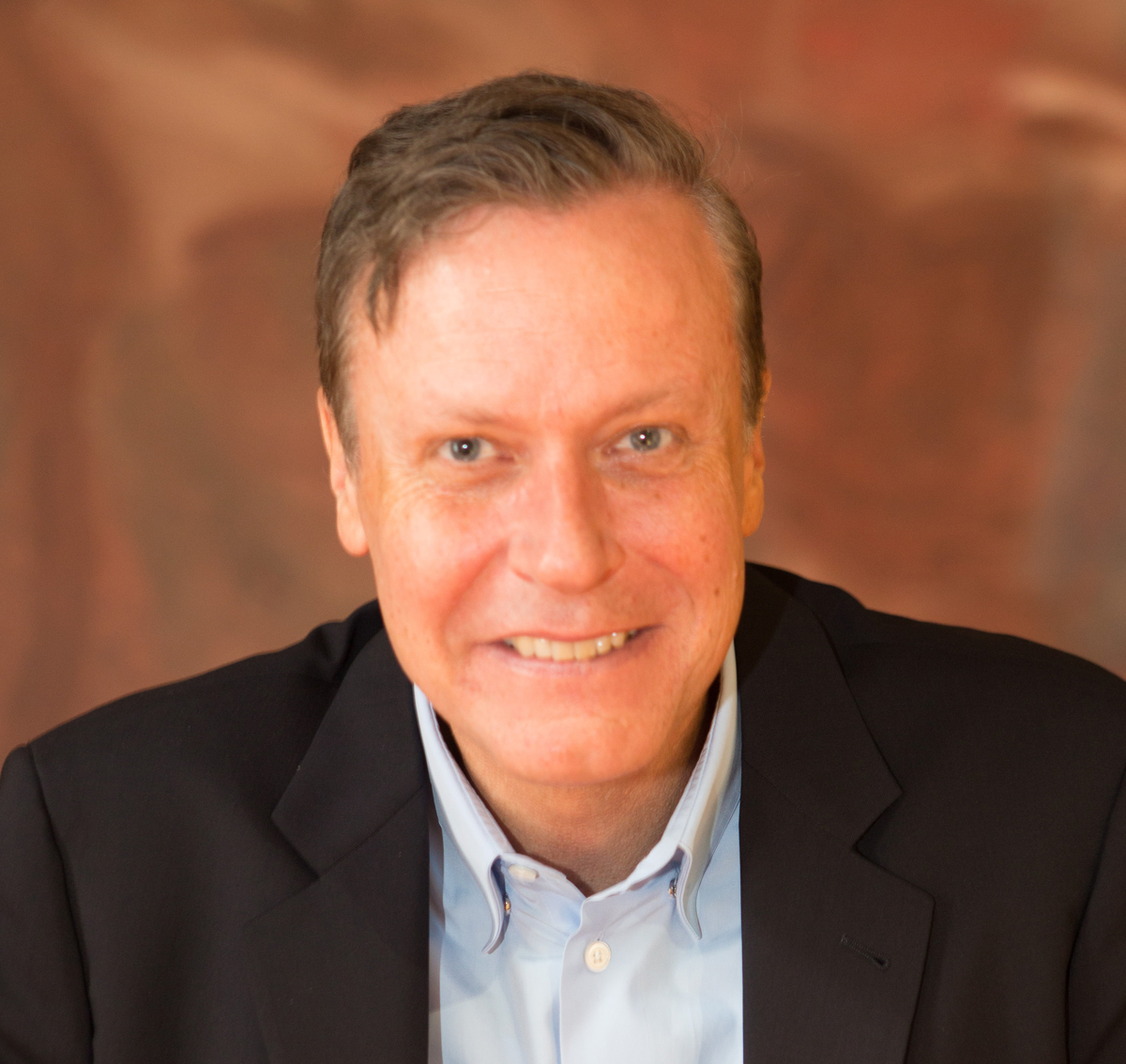 Georg von Krogh is a Professor at ETH Zurich and holds the Chair of Strategic Management and Innovation (faculty page). He is also a member of the National Research Council of the Swiss National Science Foundation (SNF), Chairman of the International Advisory Board at the Research Council of Norway, and a Research Fellow at Judge Business School, University of Cambridge. Georg was the Head of ETH Zurich's Department of Management, Technology, and Economics from 2008 to 2011. Prior to joining ETH Zurich, he was a Professor at University of St. Gallen from 1994 to 2006. Georg specializes in competitive strategy, digital innovation, and the knowledge-based theory of organizations. He has conducted research in various industries including financial services, media, computer software and hardware, life-sciences, and consumer goods. Georg has published in Academy of Management Journal, Harvard Business Review, Information Systems Research, Management Science, MIS Quarterly, MIT Sloan Management Review, Organization Science, and Strategic Management Journal. Awards and recognitions include The Association of American Publishers' "Best Professional Business Book Award" for his book with Ikujiro Nonaka and Kazuo Ichijo, titled Enabling Knowledge Creation; Harvard Business Review's "Breakthrough Idea"; and the ETH Zurich Teaching Award "Goldene Eule“. He serves on the editorial boards of various journals, including Academy of Management Journal. He is a former senior editor at Organization Studies. Outside his professional activities, Georg enjoys spending time with his family, playing music, hiking, and skiing. 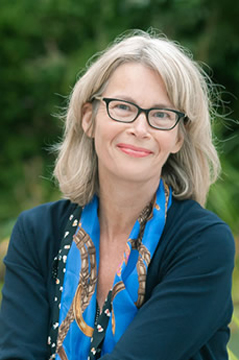 Gail is also the Professor-in-Residence at the World Business Council for Sustainable Development and was actively involved in building science-based targets including those for a future low-carbon economy. She was a Research Fellow of the Cambridge Centre for Climate Change Mitigation Research (4CMR), a Steering Committee member of the Future Earth Forum in 2014, and is a member of the Resilience Alliance, an international research organisation of scientists and practitioners who collaborate to explore the dynamics of social-ecological systems.

She is also the founder and co-organizer of the Arctic Basecamp side-event at the World Economic Forum's annual meeting at Davos–an idea that originated in the North-West Passage of the Canadian Arctic, and included keynotes speakers such as Al Gore and Christiana Figueres. She has written numerous blogs including a series for the World Economic Forum on the global risks of Arctic change. 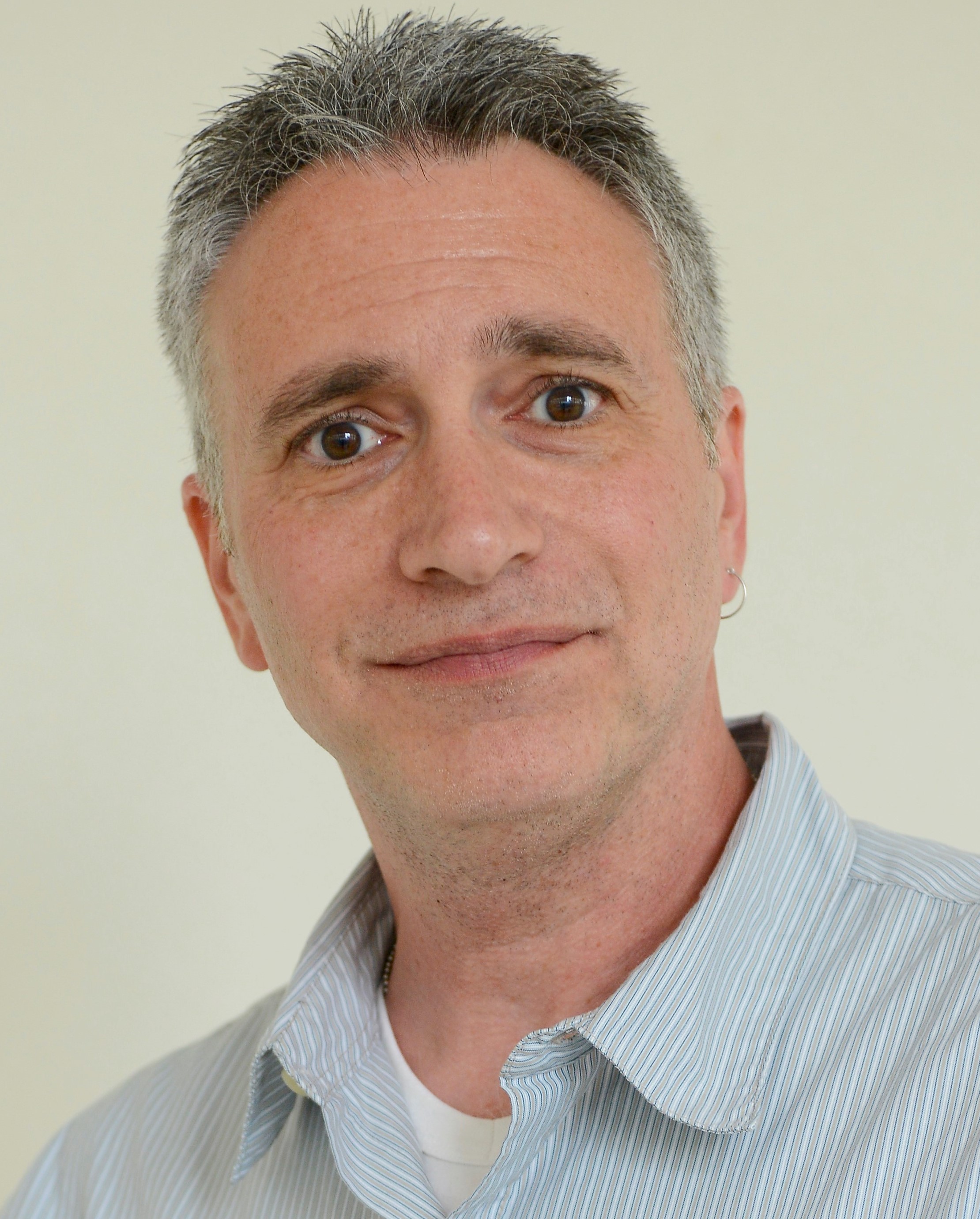 Mike has been AMJ's Managing Editor since 2007. He has also served as Managing Editor for Academy of Management Learning & Education (AMLE) since joining the Academy of Management staff. Mike attended the University of Northern Colorado as a Journalism major before receiving his BA in Communications from Pace University. His professional background has been in the publishing industry, most recently as Senior Editor at Scholastic in the science reference division. Other experience includes editing, writing, and book production for M.E. Sharpe, Inc., Elsevier Science, Oceana Publications, and the American Water Works Association in Denver, CO. He currently lives in Brookfield, CT.

A. Pettigrew, Editorial Advisory Board